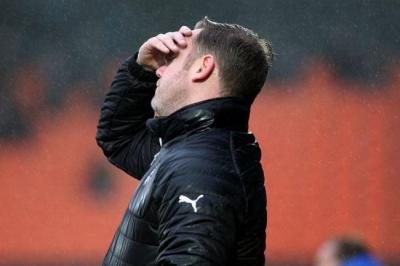 Kevin Nolan has admitted that Notts County’s FA Cup run ended up having an adverse effect on the team's league campaign last season.

The Magpies made it all the way to the fourth round and held Swansea City to a draw at Meadow Lane in the first game, before losing 8-1 to the then Premier League side at the Liberty Stadium.

County's form stuttered around that time and Nolan says he will address the issues of tiredness for the upcoming season.

“I thought the FA Cup played a major factor in that we took our focus off the league for a bit,” he told the Nottingham Post.

“It got relentless because the lads were not having many days off.

“The lads went into a deep tiredness without really showing it, but we got out of that and started to build momentum going into the back end of the season.

“What we’ve got to do when we get into January and February is make sure that the lads are fresh and ready to go.”

Speaking about the league campaign, Nolan added: “It’s going to be another tough season and when you get out of this league, you thoroughly deserve it.

“A year on and hopefully I will be able to handle it a lot better in certain parts.”