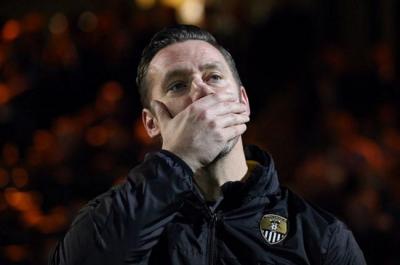 Notts County boss Kevin Nolan has claimed that his players will learn a lot from their second 4-1 loss in a row in Saturday's pre-season friendly loss to Leicester City.

Lewis Alessandra gave the Magpies the lead but, despite putting in a much improved performance to the game against Derby County last week, the Foxes struck back through Wes Morgan, Hamza Choudhury, Demarai Gray and Islam Slimani.

"There was lots of good stuff to come out of it," Nolan told the Nottingham Post. "We played some really good stuff at times.

"We expected the quality they brought. I've just said to the lads, that's what happens when you play top opposition.

"They're Premier League players and they'll do what they've done today. They've capitalised on mistakes.

"They've scored from a corner and then two minutes later we've given the ball away (and Leicester scored). They'll punish you.

"That's what it's all about. They've shown some lovely finishes, but we'll learn from that."