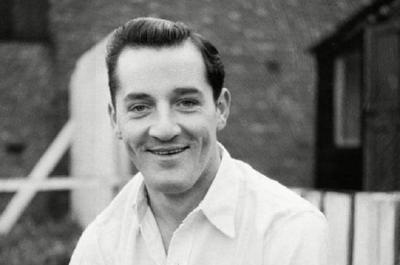 Alongside perhaps film and music, football is the biggest entertainment industry in the world. Megastars such as Lionel Messi, Cristiano Ronaldo and Neymar are known across the planet, with replica t-shirts sporting their names worn in every nation.

It wasn't always like this, however. Just a few decades ago, many of the best footballers in the world often had second jobs to make ends meet, and they could go down the local pub without much of a fuss being made.

John "Jackie" Sewell was one such individual. Beginning like as a Bevin Boy conscripted to work in the coal mines in his native Cumberland, he would grow up to become one of the finest English strikers of all time.

A dashing, athletic young man, he spent his formative years playing for hometown club Whitehaven Town, but his talent was such that he was scouted and eventually signed by Notts County in 1944.

During his early days at Meadow Lane, Sewell would work down the pit at Whitehaven and, on Friday afternoon, catch the local train to Carlisle.

With his boots in his bag, he would then make the arduous journey south to Nottingham, changing at Derby, and by the time he arrived at his destination, it was Saturday morning. If he was lucky, and it was a home game, he would get a lie-in.

"I used to be walking down Arkwright Street in Nottingham in the early hours of Saturday morning," Sewell told the Nottingham Post in 2012.

"I stayed in digs with a lady called Mrs Rogers and her family and they always waited up until I arrived. I could hear her when I walked down their path "Jackie's here, Jackie's here" she'd say and I would sleep on a settee bed.

"The war was on at the time. There were always people in the armed forces on the train and here I was going to play football, with a pair of boots under my arm and a small bag.

"I remember my mum always used to tell me not to fall asleep on the train, but I did once on the way home after a game and missed my stop in Whitehaven. I never told her this, but I jumped off the train and had to walk about four miles back."

Eventually his football prospered to the point that he could move to Nottingham, setting up home in Bulwell, but he continued working as a miner in Bestwood until his career really took off.

And took off it did - during his time at Notts, he scored a massive 104 goals in 193 games, and helped the club win the Football League Third Division South championship in 1949-50, elevating the Magpies above Nottingham Forest.

His time at Meadow Lane coincided with one of the most exciting times in County's history as they signed superstar striker Tommy Lawton from Chelsea in 1949 to play alongside Sewell, and the club regularly drew crowds of over 30,000 fans.

In 1951, Sewell decided to make a step up in his career by signing for Sheffield Wednesday, which drew criticism from fans just as a star player move does nowadays - and the reported fee of £34,500 - although conflicting reports put the fee as high as £35,000 - made him the most expensive player in the world at the time.

The Owls were relegated that year, but with Sewell's help, they won the Division Two title in 1952 as their star striker struck 23 goals.

His form for Wednesday led to an England call-up, and he made his international debut against Northern Ireland at Villa Park in November 1951, playing alongside the likes of Nat Lofthouse, Billy Wright, Tom Finney, and Alf Ramsey, who later managed England to World Cup glory in 1966.

Sewell also played - and scored - in what was deemed The Match of the Century, as the Three Lions took on Hungary at Wembley in 1953 and were shockingly defeated 6-3.

The inside-forward then upped sticks again, signing for Aston Villa in 1955, and with the West Midlands outfit, he enjoyed the crowning moment of his career as he helped them win the FA Cup in 1957 by beating Matt Busby's Manchester United 2-1 at Wembley.

Between 1959 and 1961 he then played for Hull City before opting to travel further afield, spending time in Africa in Northern Rhodesia - now Zambia - with City of Lusaka FC.

Sewell then became one of the few footballers in history to play for two different nations as he lined up for the Zambia national team after the country gained its independence from Britain in 1964.

Hanging up his boots in 1965, Sewell soon moved back to Nottingham and remained passionate about his football and his beloved Notts County, attending games and chatting to fans on a regular basis.

On Monday 26 September 2016, it was confirmed that Sewell had passed away aged 89, and tributes poured forth from the world of football, praising a wonderful footballer and gentleman who lit up every club he played for.

It is with a heavy heart to bid farewell to one of Notts County's greatest heroes, an individual who truly lit up Meadow Lane and gave the fans some wonderful football.

Share your memories and tributes to Jackie Sewell on the Pride of Nottingham forum.