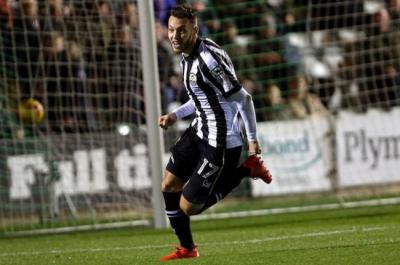 Notts County have returned to the top of League Two thanks to an emphatic 3-0 win over Newport County at Meadow Lane on Saturday.

The hosts enjoyed the first opening of the game as Elliott Hewitt received a cutback from Jon Stead on the edge of the area and went for goal but sent his effort wide.

Mike Flynn's charges responded through Dan Butler, who let rip with a powerful effort which Ross Fitzsimons did well to hold.

Jon Stead then headed inches wide from Matt Tootle’s cross while Terry Hawkridge volleyed over, but on 33 minutes came the moment that turned the tide in Notts's favour.

Butler was shown a straight red card after leading with his elbow when challenging Tootle in the air, leaving the full-back requiring treatment.

The opening goal followed just two minutes later as Stead played in Jorge Grant, who coolly slotted the ball past Joe Day and into the bottom corner.

Notts claimed a vital second early in the second half when Grant turned provider for Shola Ameobi to slam the ball past the Newport stopper after outsprinting Scot Bennett to the ball.

Further chances came and went for Kevin Nolan's side, with Shaun Brisley being denied by a fine stop while Stead also went close and Grant missed out on a hat-trick with a free kick that came off the bar.