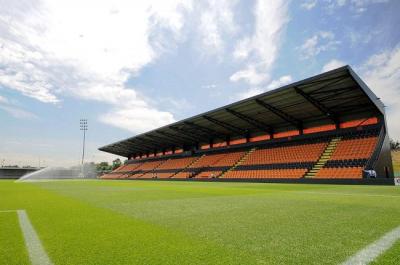 Notts County's hangover from the 8-1 defeat to Swansea City in the FA Cup continued with a last-gasp 1-0 defeat at Barnet in League Two on Saturday.

A long kick from goalkeeper Craig Ross long kick set Alex Nicholls through on goal and he fired past Adam Collin to leave the Magpies heading back up the M1 without a point.

The hosts began brightly, with Ruben Bover firing at Collin and John Akinde rifling an effort over the bar.

Noor Husin, seeking his third goal in as many games, threatened with an effort from outside the box, but the ball fizzed wide.

The Magpies suffered a setback early on when Mason Bennett pulled up with a suspected hamstring injury, forcing his withdrawal as Jonathan Forte took his place.

The substitute came close to opening the scoring when he latched on to Collin's long ball forward but Charlie Clough made a last-ditch challenge to stop him from shooting.

Both sides continued to exchange blows as Akinde and Nicholls weighed in with chances while Forte rolled the ball just wide from Shola Ameobi's pass as the half-time whistle blew on a stalemate.

In the second half, Ross kept out another Forte effort, while at the other end, Collin kept out a Jordan Nicholson effort before Akinola rustled the side netting with the follow-up.

More urgency befell the latter stages of the game and Notts came close to taking the lead when Ameobi saw a shot saved before Jorge Grant and Liam Noble were thwarted by Richard Brindley.

Unfortunately, the scoreline would not stay as it was as Nicholls was on hand to finish off a proper route one goal and give Barnet all three points at the death.