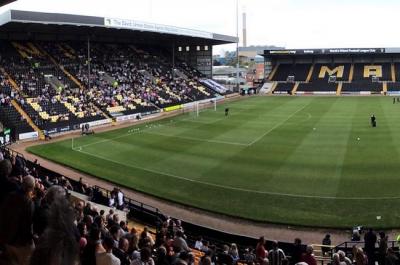 Notts County have been held to a goalless draw by Grimsby Town in Saturday's League Two encounter at Meadow Lane.

Neither side could break the deadlock in NG2, although the Mariners arguably had the best chance of the game as Jamille Matt forced a great save from Ross Fitzsimons during the first half.

Despite sitting joint-top of League Two with Luton Town before kick-off, the Magpies were unable to register a shot on target during the game and have now slipped to two points behind the league leaders.

ARLukomski, a Notts vlogger and Pride of Nottingham contributor, discussed the fixture ahead of kickoff, gave his thoughts as the game went on, and talked about the performance and result after the final whistle.