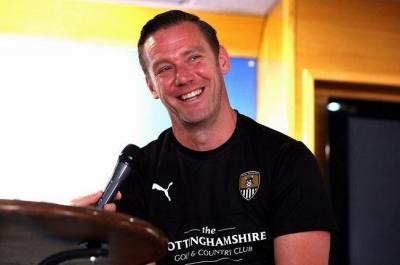 Kevin Nolan has declared himself pleased with Notts County's business in the January transfer window.

The Magpies bolstered their ranks with the acquisitions of Matty Virtue, Noor Husin, Ben Hall and Mason Bennett, while Liam Noble could finally be registered after joining late last year.

In adding a centre-back and a forward, two areas which were in need of strengthening have now been duly reinforced, while Ryan Yates's untimely recall is now no longer a worry with three new midfielders able to turn out for Notts.

"I'm delighted with the business we have done. A lot of it was done early and those lads have had a couple of weeks to settle in," Nolan told the official Notts site.

"I feel we have come out of the window with a stronger squad because we have brought in a lot of youth to blend with the OAP squad, as people keep calling us!

"To get the two lads we wanted on the final day, which went right to the wire, was great. We have different types of players in each position, which is going to give me a selection headache."

Speaking about deadline day signing Hall, Nolan said: "We spoke to a lot of people who have worked with Ben and we're delighted to get him. He has had good experience in Scotland with Motherwell and he is a confident lad. We want him to push Duffy and Brisley to new heights."

Bennett, meanwhile, was formally announced half an hour after the window closed, and the gaffer added: "Mason has turned down good opportunities to go elsewhere because we are the club he wanted to move forward with. I'm delighted he has chosen us and I hope we can progress his career.

"You only have to look at him to see he's an athlete but we're not putting any extra pressure on him, we need to let him get on with his football and that is the most important thing.

"He has got every attribute to be a top player with the way he glides past people and his running in behind and we have to try and nurture that and get it out of him. He's a real handful because of his pace but he is also very clever on the ball. He will bring a lot and we are excited to be working with him."