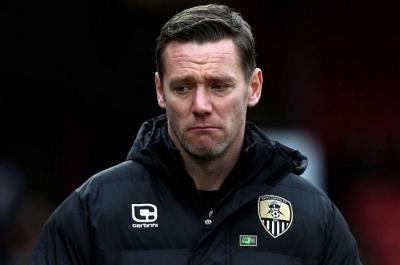 Kevin Nolan has revealed that Shola Ameobi and Jonathan Forte face fitness tests after picking up knocks in Notts County's 3-3 draw with Cambridge United on Saturday.

Ameobi signalled to the bench to come off in the second half of the game, but had to remain on the pitch as the Magpies had already made all three substitutions.

Forte, meanwhile, took a blow to the hip after coming on as a sub and was visibly struggling to stay on his feet after scoring the injury-time equaliser which completed the remarkable comeback.

“Shola is going to be a worry with all the games coming up,” Nolan told the Nottingham Post ahead of the Boxing Day visit of Morecambe.

“Hopefully it’s only a tight hamstring, but we will assess him over the next 48 hours.

“Forte took a really bad knock when he came on so for most of the game we had nine men.

“But it was a testament to what they showed all year round that they kept going.”