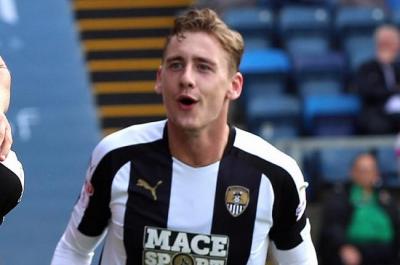 Notts County put in one of their best performances of the season in front of the biggest Meadow Lane crowd of the 21st century in Saturday's 4-1 win over Crewe Alexandra.

The Magpies charged just £2 for tickets for this League Two fixture, which went on to sell out on Friday afternoon, as part of Alan Hardy's one-year anniversary celebrations.

From multi-decade season ticket holders to first-time attendees, the bumper crowd was rewarded with a great display against the Railwaymen after overcoming a wobbly start.

On eight minutes, a mistake in the County defence was seized upon by Jordan Bowery who saw his shot parried by keeper Adam Collin into the path of Shaun Miller, who made no mistake from close range.

However, Notts drew level on 15 minutes as Noor Husin, whose performance against Swansea City was lauded by many fans, pounced on a miscued clearance before taking a touch and rifling a superb effort into the back of the net from about 25 yards out.

Four minutes before the end of the first half the hosts went ahead as Crewe failed to clear their lines as a ball was delivered first from the left, then sent back across goal by Stead, which Elliott Hewitt scuffed into the net by driving into the ground and over Ben Garratt.

Goal number three for the Pies came on the hour mark, a real team effort which saw the ball played into Stead and his lay-off found the incoming Hewitt, who took it in his stride before smashing it past Garratt for his second of the afternoon.

By this point the vast majority of the 17,274-strong crowd (basically everyone bar the travelling Alex fans) were loving what they were seeing and there was time for a cherry on top in the 90th minute.

Aubstitute Mason Bennett, debuting for his loan club, was on hand to apply the finish from close range after Lewis Alessandra's initial effort was saved by Garratt to make it a virtually perfect afternoon for the Black and White Army.