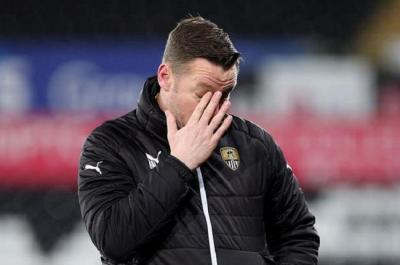 Notts County boss Kevin Nolan has admitted that he wants to sign an experienced midfielder to replace the departed Michael O'Connor.

The former Magpies captain left Meadow Lane earlier this week to join Lincoln City, and now there are just three over-30s in the current squad.

Nolan was saddened by O'Connor's exit but said it was largely due to personal reasons.

“Now we’ve lost Michael to Lincoln we’ve got to look at that position,” he told the Nottingham Post. “We’ve got to look at building something that is going to help all the young lads that are in there now. We would like somebody who has been there and done it.

“Everybody forgets that Elliott Hewitt, who was unbelievable last year, is only 24, Noor Husin is 21, Liam Noble is 27 and they are relatively young boys for this profession. We have only three players over 30 and sometimes you need that old head in the middle.

“It doesn’t mean he is going to play every week but someone who people look at and say he’s had a fantastic career because he’s done everything right. He can help push the lads to other levels and limits.

"For personal reasons (O'Connor) decided Lincoln was the best place for him because he lives a few minutes away from the training ground and the stadium. Sometimes it does make it easier for players. We move on.”