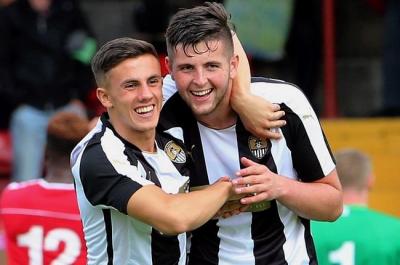 The 18-year-old, previously at non-league club Dunkirk, quit his job to go on trial at Meadow Lane in the summer and was rewarded with his commitment and skill with a deal.

“He’s a down to earth kid. His family are right behind him,” Nolan told the Nottingham Post ahead of the trip to Sincil Bank.

“He left his job just to come here on trial so it shows how much he wanted it.

“He’s been magnificent since he came in. He’s been brilliant since we spotted him at the end of last season.

“I’m positive he’ll perform well. It’s about him enjoying the experience. I’m sure we’ll see a lot more of him in the future but I feel this was the right time to bring him in after the progress he’s made.

“If it doesn’t work we’ll go back to the drawing board with him to get him to where we feel he belongs. There’s no pressure. Pierce Bird will be at this club for a while.”