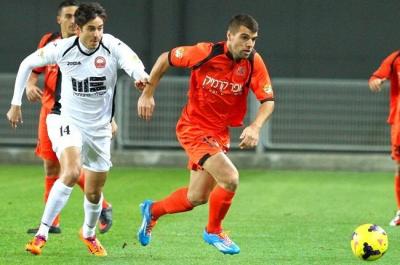 Kevin Nolan has praised Notts County trialist Liam Walker and admits that he and his coaches will have discussions over the next few days over potentially offering the midfielder a contract.

The 29-year-old, a Gibraltar international, represented Europa FC in his home nation and scored 15 goals in 26 appearances for them last season.

In addition, Walker has played for Lincoln Red Imps and was part of the team that claimed a shock 1-0 win over Celtic in July 2016, and has also represented Portsmouth.

Walker played in Wednesday’s defeat to Nottingham Forest and figured again in the 2-1 loss to Wigan Athletic on Saturday, and Nolan had kind words to say about him.

“Liam did well again and we will have a chat with him over the next 24-48 hours,” he is quoted as saying by the Nottingham Post.

“We will see where his head is at and see if something can be done. It’s another midfielder who can come in and push the lads who were here already.

“I will talk to Thommo (Richard Thomas, assistant manager) and Norm (Mark Crossley, coach) as we’ve all been impressed with what we’ve seen. Then we will speak to Liam and his dad who has been over with him.”