Mark Cooper: 'I do not feel let down by Liam Noble' 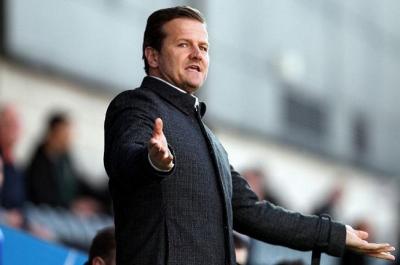 Forest Green Rovers manager Mark Cooper has denied that he feels let down by Liam Noble's return to Notts County.

The 26-year-old departed the newly promoted League Two club earlier this week, citing a desire to move nearer his family in the North East.

As it turned out, Noble was then pictured training with the Magpies and, on Thursday afternoon, Notts announced that their former player was now on their books again.

The summer saw a tug of war between Notts and FGR over Noble, with a fee of £100,000 bandied about, only for the midfielder to pen a new three-year contract at the New Lawn.

Now Kevin Nolan’s side have got their man for nothing, but Cooper says he feels no animosity towards the former Sunderland man.

“Liam had a medical condition which he said meant he had to be near his family in the North East,” he told BBC Radio Gloucester.

“We have a duty of care and we decided to help Liam out with that. Because of the medical issue and the need to be around his young family, we decided to let him go.

“I don’t feel let down, football is football. He’s moved on and we’ve signed a really good midfielder in Isiah Osbourne.

“Liam will take his time. He can’t play for them until January. Let’s see how he does, he’s got to get in their team first.

“Once Liam had demanded to move to the North East and his heart wasn’t in playing for us, we ripped the contract up.

"He had a three year contract, so we’ve saved three years worth of money.”