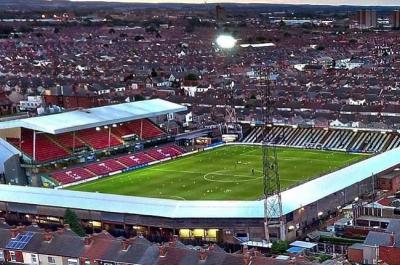 Notts County threw away the chance of making the top three in League Two with one game to spare after falling to a 2-1 defeat at Grimsby Town on Saturday afternoon.

The Magpies laboured at Blundell Park and fell behind through Nathan Clarke's first-half strike.

Kevin Nolan's side then looked to have secured a point as Dan Jones stabbed home with only a minute left on the clock.

However, the Mariners were not to be denied and substitute Jamille Matt headed a winner in the third of five added minutes to slam the door firmly shut on County's top-three ambitions.

With third-placed Wycombe Wanderers winning at Chesterfield, it meant that the Chairboys won automatic promotion to League One alongside champions Accrington Stanley and second-placed Luton Town.

Pride of Nottingham vlogger ARLukomski was on Humberside to give his thoughts prior to, during, and after the fateful game.