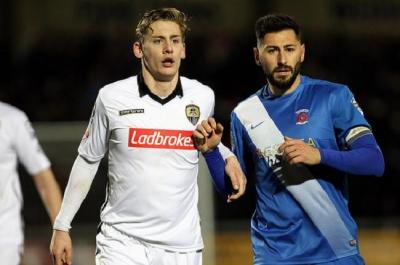 The 22-year-old joined the Magpies in 2015 from Ipswich Town and has made 74 appearances for the club, turning out at right back, central defence, on the wing and in central midfield.

This season, Hewitt made 29 appearances in League Two as Notts finished 16th in the table, and scored twice.

He told the official Notts website: "I would like to say a big thank you to the manager and chairman for the faith they’ve shown in me.