Liam Noble wants to move closer to family in North-East 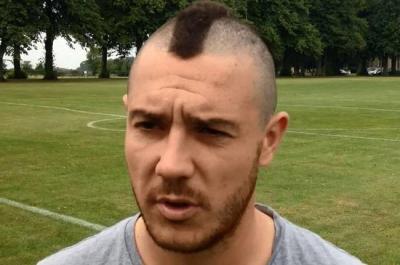 Liam Noble has departed Forest Green Rovers because he wants to move closer to his family in the North-East of England, the club have confirmed.

The 26-year-old, previously on the books of Notts County, was club captain at the Gloucestershire outfit last season as they won promotion to League Two.

He made 11 appearances in all competitions this season, but has not featured for Mark Cooper's side since the loss to Swindon on September 22.

"Liam has family in the North East that he needs to be with, and we understand that," Cooper told the official FGR site.

"His efforts and hard work on the pitch are recognised and appreciated by both the club and the fans. We wish him the best of luck."

Noble told the club website: "Thank you to the chairman and manager for supporting me through this difficult decision.

"The fans have made my time at the club special - thanks to them."

Noble, who hails from Newcastle-upon-Tyne, signed a new contract with Rovers until 2020 as recently as July, after he was the subject of bids from Notts.