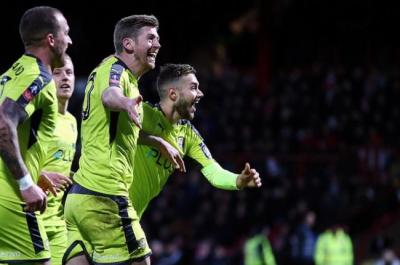 Notts County say they have been given confirmation by Nottingham Forest that Jorge Grant will be able to stay on loan at Meadow Lane for the remainder of the season.

Grant spent the second half of last season at Notts and returned this term alongside Ryan Yates, the duo instrumental in the club's rise to the upper echelons of the League Two table.

Forest decided to recall Yates last week and ship him out on loan to Scunthorpe United, causing friction among the Notts fans plus anxiety regarding Grant's immediate future over the Trent.

However, Alan Hardy has now stated that Forest - new manager and all - will let Grant stay put until the end of the campaign.

“I would like to place on record my thanks to Forest for confirming that Jorge will be staying with us," Hardy said on the official Notts site.

“He has been a pivotal figure for us, scoring 17 goals, and this confirmation comes as a huge boost as we look to take our excellent form into the latter part of the campaign.

“We appreciate Forest trusting us with Jorge’s development and look forward to having him with us until May.”