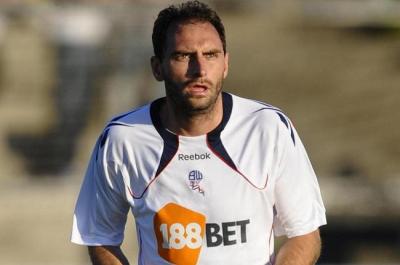 Hodge, 21, is the son of former Nottingham Forest and England midfielder Steve Hodge, and previously spent time as an apprentice at Meadow Lane.

Hunt, meanwhile, was signed by Kevin Nolan during his spell in charge at Leyton Orient and the pair were also teammates at Bolton Wanderers early on in their careers.

Speaking about Hodge, Nolan told the Nottingham Post: “Everyone who has spoken to me about Elliott has been asking when we’re going to sign him.

"We had an agreement with his agent about him coming in and spending a good pre-season with us.

“We wanted to get to know him as a lad, as someone who has previously been here. It was about really getting to know him.

“We’ve seen him in different games against different kinds of opposition. When you see players who are direct and quick, people love to see that. They get fans off their feet.

“Ells has been great but the first thing about him is his attitude is first class.”

Meanwhile, Nolan said the following about Hunt: “I’ve spent a lot of time with Nick. He’s a quality pro and was out of contract.

“I get on really well with him and he just brings quality to what is already a good squad which is growing.

“He’s got a lot of experience and is really good around the place, so will help a number of the young lads who have come through, with the standards he sets.

“He’ll fight Matt Tootle all the way for his position. That’s what we want, we want competition for every position – and I feel we’re getting there now.”