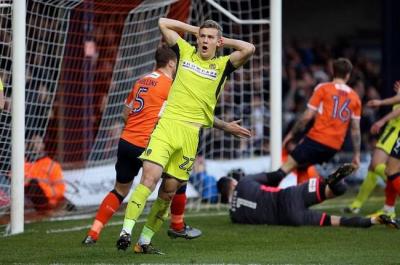 Notts County have confirmed that Ryan Yates has been recalled from his loan at Meadow Lane by parent club Nottingham Forest.

The 20-year-old made 29 appearances for the Magpies in a fruitful loan spell which saw the team rise to second in League Two and reach the fourth round of the FA Cup.

On Wednesday, speculation arose linking Yates with a loan move to Scunthorpe United as well as a new contract by the City Ground outfit.

Notts have now confirmed that Yates has returned over the Trent, and the player had kind words to say about the club and fans.

“I can’t begin to describe how much I have enjoyed my five months at Meadow Lane," he told the official Notts site.

“I can’t thank the chairman, manager, staff, my team-mates and supporters enough for helping me settle in and develop as a player.

“Notts will always have a place in my heart and I wish everyone connected with the club well for the rest of the season and beyond.”