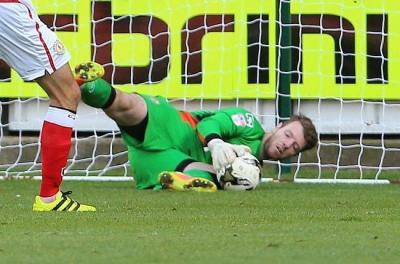 Kevin Nolan has confirmed that Adam Collin has suffered ligament damage and is likely to be out for between two and three months.

The 32-year-old limped off in the second half of the 2-1 win over Barnet earlier this month after injuring his knee.

Scans have since revealed the extent of the damage and while Collin will not require surgery, he is set to be out for a minimum of eight weeks.

“It could be eight weeks or it could be 12 so he’s not going to be back any time soon.

“We will do what is right by the lad. It’s a blow, but it’s an opportunity for Ross (Fitzsimons) or Bran (Pindroch) to stake a claim to be number one.

“That’s why we have recruited them two because we knew if something like this was to happen, we had two great understudies who can step into his boots.”