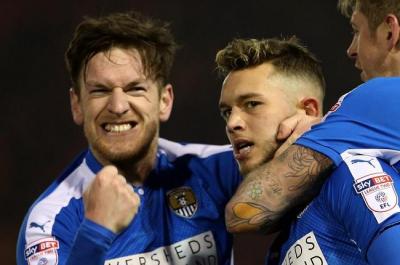 Notts County right-back Matt Tootle has been named the Supporters' Player of the Season for 2017/18.

The 27-year-old has enjoyed a superb season in the black and white stripes thanks to his displays which combined dynamism with consistency.

Tootle is also a fan favourite thanks to his eccentric, loveable personality, as shown by his quirky "slug" goal celebration which he has used several times this season after chipping in with a few strikes.

Off the pitch, Tootle has also raised awareness of mental health issues, having faced and overcome his own battles, which has inspired and helped out many people within the football sphere who could relate.

Here are the other winners from the night:

Goal of the Season: Noor Husin (vs. Crewe Alexandra)